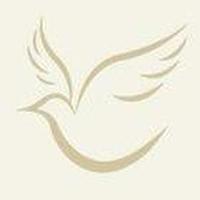 Janiz Sanders, 66, of Canadian, died July 16, 2016 in Canadian. Memorial services will be 2:00 PM Wednesday, July 20, 2016 at First Christian Church in Canadian with Pastor Matt Cook, pastor, officiating. Cremation and arrangements are under the direction of Carmichael-Whatley Funeral Directors of Canadian. Mrs. Sanders was born to Homer and Margaret Sanders on December 26, 1949 in Canadian. She was raised in the Gem community and graduated from Canadian High School in the 1968, after high school she attended Clarendon College. Janiz worked for Dr. Darocha, as the office manager until his death, later she worked for Canadian Family Physician until retiring in 2012. She was a member of First Christian Church in Canadian and enjoyed spending time with her grandchildren, family, and loved to travel. Survivors include her sister, Debra McCravens of Canadian; a nephew, Tyrel McCravens of Lubbock; two step sons, Robert Smith of Montana and Steven Smith and wife Brandy of Granbury; three grandchildren, Sierra Smith, Cash Smith, and J.R. Smith. Janiz was preceded in death by a son, Jorry Lunsford; a daughter, Jamie Lunsford; a sister, Betty Carolyn.
To order memorial trees or send flowers to the family in memory of Janiz Sanders, please visit our flower store.