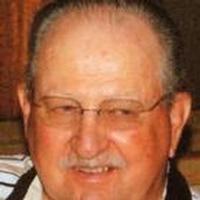 Johnny “Jack” Moore, 81, of Canadian, died Sunday August 21, 2016 in Canadian. Memorial services will be 10:00 AM Tuesday, August 23, 2016 in Carmichael-Whatley Canadian Chapel with Elder Jerry Smith, with Canadian Church of Christ, officiating. Cremation and arrangements are under the direction of Carmichael-Whatley Funeral Directors of Canadian. Mr. Moore was born August 5, 1935 in Panhandle. He was a longtime resident of Panhandle, graduating from Panhandle High School in 1953. He had been a resident of Canadian for the past 21 years. Jack worked for over 25 years for Santa Fe Railroad, retiring in 1995. He married Ramona Burress on October 6, 2011 in Pampa. He loved all water sports and fishing, and was the first to barefoot waterski. He won several awards over the years. Jack enjoyed traveling to Branson, Missouri to watch the shows. He loved spending time with his family, especially his children and grandchildren. Jack was preceded in death by his parents, Albert and Trula Moore; a sister, Aleeta Sue Cooper; and a great granddaughter. Survivors include his wife, Ramona Moore of the home; a daughter, Teresa Kirkpatrick of San Antonio; a son, Michael Moore and wife Diana of Phoenix, Arizona; three stepdaughters, Sherie Skillern and husband Kevin of Dallas, Shelia Potter and husband Steven of Sugar Land, and Marilyn Smith and husband Dean of Canadian; a brother, Larry Moore and wife Christina of Norman, Oklahoma; seven grandchildren, several great grandchildren, six step grandchildren, and two step great grandchildren. Memorials may be made to Hemphill County Hospice, 1020 S. 4th, Canadian, Texas 79014.
To order memorial trees or send flowers to the family in memory of Johnny "Jack" Moore, please visit our flower store.