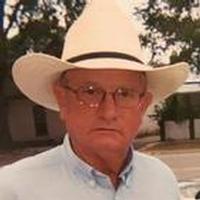 Stanley “PaPa” Swires, 71, of Canadian, passed away Friday, September 23, 2016, in Amarillo. Services will be 2:00 PM Monday, September 26, 2016, at the Church of Christ in Canadian, with Cecil Burch, of Amarillo and Jake Perkins, minister of the Church of Christ of Canadian, officiating. Burial will follow in Edith Ford Cemetery in Canadian. Arrangements are under the direction of Carmichael-Whatley Funeral Directors of Canadian. Stanley Swires was born in December 31, 1944 in Canadian to Archie & Anna Evans Swires. He graduated Canadian High in 1964. Stanley served in the US Army in Germany, receiving the National Defense Service Medal. He married Gladene Woodside in 1998 in Canadian. Stanley was a Cowboy and worked on The JA Ranch, The S&J Ranch, the Brainard Ranch, the Clarke Mathers Ranch, the Bill Meek Farm & Ranch and he recently retired from the Haley Brothers Shaller Ranch. In his younger days he was a Rodeo Cowboy. Stanley was a member of the Church of Christ in Canadian and served as a song leader, teacher and would fill the pulpit if needed. Stanley loved the Canadian Wildcats and followed them faithfully. His team was honored at the 2016 Homecoming. Stanley was proud to be a Veteran and participated in the 4th of July and Memorial Day Services. While living in the Gem Community he served as a Gem Volunteer Fire Fighter. He loved to hunt arrow heads and artifacts with his grandchildren; he also liked to weld, tool leather and woodworking. He was preceded in death by a sister, Joyce Mathews and two brothers, Raymond Swires and Allen Swires. Survivors include his wife, Gladene Swires of the home; his children, Carma Raper and husband Johnny of Chickasha, OK, Jaylynn Swires of Canadian, Pat Swires and wife Amy of Canyon and Glen Woodside and wife Amy of Canadian; eight grandchildren, Lacie, Cristie, Ariel, Leah, Aaron, Johnny, Macy and Marcus; seven great-grandchildren, Jessica, Katie, Chayden, Corey, Cayla, Natalia, & Graham; a sister, Stella Holt of Amarillo; four brothers, Ernest Swires of Amarillo, Bill Swires of Eugene, Oregon, David Swires of Pampa and Jerry Swires of Alanreed; and many nieces & nephews. In lieu of flowers memorials may be made to High Plains Children Home, 11461 South Western Street, Amarillo, Texas 79118 or National Parkinson Foundation, 200 SE 1st Street, Suite 800, Miami, Florida 33131.
To order memorial trees or send flowers to the family in memory of Stanley Glen Swires, please visit our flower store.