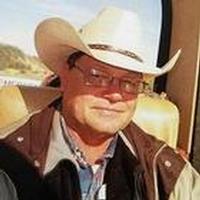 Donald Eugene Purcell, 59, of Canadian, passed away January 16, 2017 in Canadian. Services will be 11:00 AM Thursday, January 19, 2017 at Jones Pavilion with Pastor Donald Hill of The River Ministries, officiating. Burial will follow in Edith Ford Memorial Cemetery. Arrangements are under the direction of Carmichael-Whatley Funeral Directors of Canadian. Mr. Purcell was born January 21, 1957 in Hereford to Gene and Bobbie Walser Purcell. He graduated from Canadian High School where he received the Fighting Wildcat award his senior year. He married Doreen Milburn on July 25, 1975 in Canadian. He loved music and playing his guitar. Donald was known to have a huge heart and would help anyone, and in the oilfield, he was known to be the best at what he did. He loved to cook for his family and friends, loved going to rodeos, and enjoyed traveling with friends to Las Vegas. Donald was a member of the Masonic Lodge #855 AF & AM, was a 32nd degree Mason and was a member of the Lubbock Scottish Rite Consistory. He was a member of First United Methodist Church. He loved the Lord and was known to carry his Bible in his truck with him. He was preceded in death by his parents. Donald is survived by his wife; Doreen of the home; four children, Amy Kirkland and husband Mike, Lindsey Pursley and husband James, Amanda Poe and husband Mark, and Chilo Sanchez and wife Trisha, all of Canadian; his grandchildren, Mallory, Aubrie, Jackson and Hollis Poe, Stephanie Chaney, Rachael Kirkland, Macy and Marley Patterson, Brawley Kirkland, Parker and Kamden Sanchez, Jentry, Emerson and Colton Pursley, and Kynsley and Hailey Sanchez; a brother, Mac Purcell and wife Gay of Briscoe; a sister, Becky Jones and husband J. J.; numerous nieces, nephews, aunts and uncles, including an aunt, Vonda Boughan of Higgins; cousins, Bill Purcell and wife Darlene, and Ed Purcell and wife Jean, all of Canadian, and Sherri Thomas and husband Paul of Amarillo; and special friends, Scott Abernethy of Hennessey, Oklahoma, and Roger and Ellen Wainwright of Canadian. Memorials may be made to the Masonic Lodge # 855 AF & AM, PO Box 344, Canadian, Texas 79014.
To order memorial trees or send flowers to the family in memory of Donald Eugene Purcell, please visit our flower store.