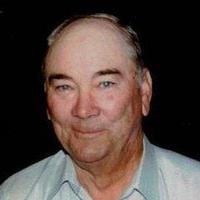 Leonard Calvin Sanders, 92, of Canadian, passed away Friday, Feb. 10, 2017, at his farm and ranch just outside of Canadian, to be with our Heavenly Father.  Services will be at 2:00 PM Monday, Feb. 13, 2017, at the First Baptist Church with Gary Jahnel, officiating. Burial will be in Edith Ford Cemetery under the direction of Carmichael-Whatley Funeral Directors of Canadian.  Leonard was born Oct. 6, 1924 in Plemons, Texas to Merrill Alonso (Lon) and Laura Mabel Sanders. He was a 1941 graduate of Canadian High School where he participated in boxing and basketball. He served in the U. S. Army during World War II, where he spent 3 years overseas fighting for our freedom. This period in his life took him to many of the islands south of Japan. Leonard was a decorated soldier, earning several medals including a Purple Heart and a Bronze Star.  Shortly following his return from World War II, Leonard met and fell in love with Maxine Owens. They were married in a double wedding ceremony with Walton and Louise Moore on October 19, 1947 and moved to a house in the country just off Highway 33. He and Maxine were married for 51 years until her death in 1998. Leonard was also preceded in death by his brothers, Howard Merrill Sanders, who was an Air Force pilot brought down by a Japanese kamikaze pilot in World War II defending our freedom and Homer Vernell Sanders and his wife Margaret Nix Sanders, who Leonard farmed and ranched with for over 60 years. In addition, he was preceded in death by a younger sister, Mildred Louise Sanders, a younger brother, Carl Raymond Sanders, and his grandson, Stephen Howard Sanders.  Leonard was a very hard working and wise farmer and rancher for over 70 years. The winters were full of snow, and he spent the early mornings starting the tractor to feed the cattle with silage or hay and breaking ice at the creek and windmills. The long hot summer days were spent praying for a bumper crop and harvesting, with his wife Maxine preparing a hearty lunch for all the men working in the field. He was able to live his entire life in the country with deer, turkey, and all the animals he cared for, including a roadrunner (Roadie) that he hand fed for several years.  Leonard could play the guitar and many other instruments including the banjo, violin, piano, and organ. He was a humble but talented musician who played by ear and needed no sheet music. In his younger days, he was often asked to bring his guitar when heading to a gathering of friends or family, and played for his close family at Christmas and other smaller family gatherings. Leonard was a 50-year member of the Canadian Masonic Lodge and wore his Masonic ring and belt buckle every day for most of his life.  Survivors include his two children, Howard Merrill Sanders and wife Patti Campbell Sanders of Amarillo and Shirley Mae Sanders of Canadian; two grandchildren, Robert Scott Sanders and wife Julie Peyton Sanders of Austin and Kristen Kelley Ward of Canadian; four great grandchildren, Mackinsey Katherine Sanders, Sydney Elizabeth Sanders, Mya Maxine Sanchez, and Carson Grace Sanders. He is also survived by many cousins, nieces, nephews, and extended family members.  The family would like to thank Scott Cleland, Brad McQuiddy, Damier Gasparlin, and Kevin Baack, for their incredibly compassionate, loving, and around the clock care of our father, grandfather, and great grandfather over the past seven years. We also want to thank family and friends for all their many expressions of love and support, especially Joe and Sydna Hamilton and our Gem City friends and neighbors.  Memorials may be made to Hemphill County Hospice, 1020 S. 4th St., Canadian, TX 79014.
To order memorial trees or send flowers to the family in memory of Leonard Calvin Sanders, please visit our flower store.