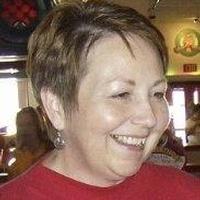 DeRhonda Kay Crosby, 64, of Canadian, died March 7, 2017 in Canadian. Services will be 10:00 AM Friday, March 10, 2017, at The River Ministries with Pastor Donald Hill, officiating. Burial will follow in Edith Ford Memorial Cemetery under the direction of Carmichael-Whatley Funeral Directors of Canadian. Mrs. Crosby was born October 16, 1952 in Tulia. She was a 1971 graduate of Hart High School. She married Greg Crosby on July 2, 1971 in Hart, and they moved to Canadian in 1979. DeRhonda was an elementary school teacher at Canadian Elementary for 12 years, retiring in 2005. For several years, she was the secretary of The River Ministries up until her illness. She was a member of The River Ministries. She was involved in prison ministries, she enjoyed playing golf with her husband, and she loved being with her family, especially her two grandchildren, following both of them to their sporting events. Survivors include her husband, Greg Crosby of the home; a son, Keith Crosby and wife Nickie of Dalhart; a granddaughter, Mackenzie Crosby of Dalhart; a grandson, Kade Crosby of Dalhart; three brothers, David Brown and wife Pat and Paul Brown and wife Bernice, all of Dallas, and Steve Brown and wife Betty of Jackson, Missouri; and a sister-in-law, Genice Roberts of Vernon. DeRhonda was preceded in death by her parents, W. H. and Betty Brown. Memorials may be made to The River Ministries Missions, 221 Main Street, Canadian, Texas 79014.
To order memorial trees or send flowers to the family in memory of DeRhonda Kay Crosby, please visit our flower store.