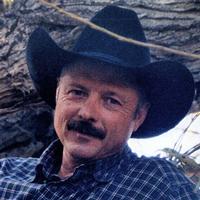 Richard Mac Purcell, 62, of Briscoe, Texas was promoted to heaven Friday, March 31, 2017. Services will be 2:00 PM Wednesday, April 5, 2017, at Ft. Elliott Auditorium in Briscoe, with Pastor Donald Hill of The River Ministries, of Canadian, TX and Vic Porter of Branson, MO, officiating. Burial will follow in Zybach Cemetery. Arrangements are by Carmichael-Whatley Funeral Directors of Canadian. Mac Purcell was born September 8, 1954 in Hereford, Texas, to Gene and Bobbie Walser Purcell. He graduated from Canadian High School in 1973 and had tremendous pride of being a Canadian Wildcat. Mac had many athletic accomplishments in football, basketball, and track. In 1971, he made all-district defense in football. He received defensive linebacker and offensive back in football in 1972. He received a full football scholarship to Oklahoma Panhandle State University until he was injured and couldn’t play anymore. Then he came back home to help his father run a dairy. He married Gay LoRel Zybach on January 31, 1975 in Wheeler. Mac and Gay have been married for 42 years. He loved his family, ranch life, and spending time with family at Pinon Valley Lodge in Colorado, riding razors and sitting on the deck enjoying God’s creation. Mac was known to have a huge heart and would help anyone in need. He had a calling to minister to others and lead them to Christ. He always had his side-kick, Hershey his dog, with him whether sitting in his lap or out feeding his cattle. Mac was a member of the Hemphill County Texas Farm Bureau from 1983 until present. He was a board member from 1984-1990 and was president of the board from 1987-1989. He served on the Briscoe ISD School Board from April 1987 to June 1989. Mac was a foreman for Hemphill County Precinct 3 for 32 years. He always said he had the best county crew, Royce Zybach and Bevard Dukes. He was an elder for The River Ministers in Canadian, TX. He was preceded in death by his parents and younger brother, Don Purcell. Survivors include his wife, Gay of the home; three children, daughter Lori McDowell and husband Kenny of Briscoe, son Josh Purcell of Briscoe, and daughter April Snelson and husband Michael of Canyon; his grandchildren, Jessica Lauren & Ryan Hinton, Kayla & Justen Bryant, Morgan & Colby Hanson, Charity Baird, Jake McDowell, Dalton McDowell, Devon McDowell, Brenden Snelson, Gavin McDowell, & Riley Snelson; 8 great-grandchildren; Charlee Grace, Wyatt, & Chancee Hinton, Aubree, Teegan, & Brylen Bryant, Lylah & Audyn Hanson; a sister, Becky Jones and husband J.J. of Spur, TX; a brother Bill Purcell and wife Darlene and a brother Ed Purcell and wife Jean, all of Canadian, TX, and a sister Sherri Thomas and husband Paul of Amarillo, TX; mother-in-law, Rozena Zybach of Briscoe, TX; a sister-in-law, Melody Goad and husband Mike, a brother-in-law, Royce Zybach and wife Deedy all of Briscoe, TX, a sister-in-law, Doreen Purcell of Canadian, TX, numerous nieces, nephews, aunts and uncles, and many cousins. The family suggests memorials be to Ja’Nae Goad Memorial Scholarship Fund, PO Box 138, Briscoe, TX 79011 or The River Ministries, 221 Main St., Canadian, TX 79014.
To order memorial trees or send flowers to the family in memory of Richard Mac Purcell, please visit our flower store.