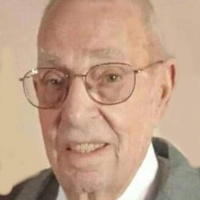 Curtis Wayne Francis, 85, of Canadian, passed away on Thursday November 22, 2018 in Canadian.

Services will be 2:00 PM Saturday November 24, 2018 at First Baptist Church of Canadian with the Francis family officiating. Burial will follow in Edith Ford Memorial Cemeteries under the direction of Carmichael-Whatley Funeral Directors of Canadian.

Mr. Francis was born January 13, 1933 in Erick, Oklahoma to Dee and Julia Francis. He graduated from Boise City High School in 1955. After high school Curtis joined the US Army. While stationed in Germany, he was on the Rifle Team, traveling and competing over the next two years. He achieved the rank of Corporal. Curtis married Patsye Turner on December 21, 1955 in Boise City, Ok. Curtis had a long career in the oilfield, retiring after 37 years as a production supervisor with Maxus. He was an avid golfer and following retirement, he and Pat traveled all over the western US and Canada to play golf. Curtis and Pat also spent many years square dancing. He was very talented with his ability to repair anything, but he especially had a passion for gunsmithing. He loved to go hunting with his grandchildren and showing them how to dress and process the harvest. He made the best deer jerky in town.

He was preceded in death by two sisters, three brothers, two grandsons, Wayne Francis and Chris Butler, and a great grandson, CJ Butler.

To order memorial trees or send flowers to the family in memory of Curtis Wayne Francis, please visit our flower store.