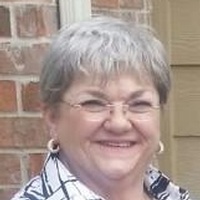 Debra Ann McCravens, 65, of Canadian, died October 31, 2017 in Amarillo. Services will be 2:00 PM Friday, November 3, 2017, at First Christian Church, with Matt Cook, minister, officiating. Burial will follow in Eller Flatt-Prairie Dell Cemetery under the direction of Carmichael-Whatley Funeral Directors of Canadian. Mrs. McCravens was born January 6, 1952 in Canadian to Homer and Margaret Nix Sanders. She was raised in the Gem Community on the family farm. Debra attended Blue Ridge School, a one-room school for the elementary years, and went to Canadian for her junior and senior high years. She graduated with the Canadian High School class of 1970, and then attended Key Punch of Amarillo. Debra married Butch McCravens on November 23, 1976 in Canadian. He preceded her in death on March 7, 2000. Debra worked for the Canadian Grain Co-Op, Pennington Chevrolet, and Sears. She later owned and operated the Cat’s Paw for eight years with her m other-in-law, Emaloy McCravens. She was active with the Canadian All School Reunion Committee and served as her class secretary. As a child, Debra attended the Gems Community Church, and as an adult, she was an active member of First Christian Church and the Salt Sunday school class. She loved the family farm, and enjoyed reading and crocheting. Survivors include her son, Tyrel McCravens of Lubbock; mother-in-law, Emaloy McCravens of Canadian; two sisters-in-law, Judy Godden and husband Wesley, and Barbara Johnson and husband Johnny, all of Canadian; two nephews, Cody Godden of Garland, and Jarad Johnson of Lawton, Oklahoma; two nieces, Angela Outlaw and husband William of Cibolo, and Hope Johnson of Amarillo; a great niece and great nephew, Emma Godden of Garland and Hayden Outlaw, of Cibolo; and cousins, Howard Sanders and wife Patti of Amarillo, Shirley Sanders of Canadian, Scott Sanders and wife Julie of Austin, Kris Ward of Canadian, Mackinsey Sanders of Austin, Sydney Sanders of Austin, Carson Sanders of Austin and Mya Sanchez of Canadian. Debra was also preceded in death by her parents; a sister, Janiz Sanders; and a niece, Jamie Lunsford. Memorials may be made to the Hemphill County Hospice, 1020 S. 4th, Canadian, Texas 79014; or First Christian Church, the Salt Sunday School class, 402 Purcell Ave., Canadian, Texas 79014.
To order memorial trees or send flowers to the family in memory of Debra Ann McCravens, please visit our flower store.