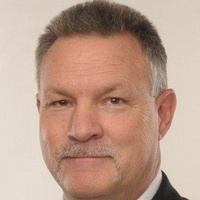 Donnie Rex, 53, of Amarillo, passed away on July 22, 2017 in Canadian.  Services will be at 10:00 AM Tuesday, July 25, 2017 at First Christian Church, with Donald Hill, Dean Smith, Craig Young, and Ed Hedgecoke, officiating. Arrangements are under the direction of Carmichael-Whatley Funeral Directors of Canadian.  Donnie was born August 4, 1963 in Spearman to Gene and Ada Rex. He was a 1981 graduate of Canadian High School, and graduated from West Texas State University in 1985 with a Computer Science degree. Donnie lived life to the fullest and was willing to help anyone in need. He loved to hunt and spend time with his friends and family, but most of all he loved being PaPa to his grandchildren. He worked for Pantex for 9 years and has worked the last 2 ½ years at Golden Spread Electric Cooperative. Donnie married the love of his life, Marcee Cole, on February 14, 2014.  Survivors include his wife, Marcee Rex of Amarillo; two daughters, Autumn Richardson and husband Ronnie of Canyon and Haley Rich and husband Josh of Amarillo; a son, Jared Smith and wife Jaclyn of Dallas; parents, Gene and Ada Rex of Canadian; a sister, Annette Wagner and husband Richard of Fay, Oklahoma; three grandchildren, Isabelle, Hunter, and Maverick.  Memorials may be made to debra of America, 75 Broad Street, Suite 300, New York, New York 10004 or a favorite charity.  The family will receive friends at the funeral home on Monday from 5:00-7:00 PM.
To order memorial trees or send flowers to the family in memory of Donnie Rex, please visit our flower store.