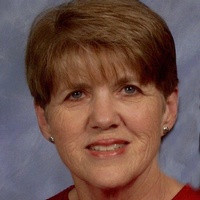 Celebration of Life services will be 10:30 AM, Monday, October 8, 2018 at the First United Methodist Church of Canadian with Rev. Lewis Holland and Rev. David Gerhardt, pastor, officiating. Burial will follow at the Edith Ford Memorial Cemeteries under the direction of Carmichael-Whatley Funeral Directors of Canadian.

Edna was born August 22, 1939 in Alice Texas to Marvin and Bonnie Ruth Denman. She graduated high school from North Zulch High School with the class of 1957 and went on to attend Sam Houston University. Edna married Ben McMorrough August 29, 1959, they were married for 59 years. When asked who she was to him, Ben said “The Best”. The McMorrough’s moved to Canadian from Houston when their children were in high school and moved to Conroe when they graduated. Following retirement, they returned to Canadian to be near family. Edna was a member of Beta Signa Phi, Aggie Moms, the Lioness branch of Lions Club, Bridge Club, Hobby Club and the Methodist Church. As an active member of the Methodist Church in Conroe and Canadian she was a member of Circle, United Methodist Women and the Beacon Sunday school class in Conroe. Edna was a collector of thimbles, bells and Santa’s. She was loving, caring and very supportive of her family.

Edna was preceded in death by her parents and a sister, Ruth Sollock.

To order memorial trees or send flowers to the family in memory of Edna McMorrough, please visit our flower store.