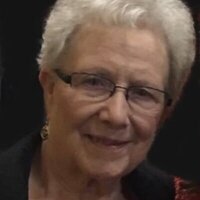 Due to current health conditions and government regulations for small gatherings, there will be a private family graveside service. Rev. Matt Cook pastor of the First Christian Church will officiate. Arrangements are under the direction of Carmichael-Whatley Funeral Directors of Canadian.

Besides being a wife and mother, Jean worked for C&C Communications as an operator for the oil and gas industry. Previously, she worked as a telephone operator for Southwestern Bell. Jean was a member of the First Christian Church of Canadian. She enjoyed crocheting, reading, taking long walks, watching FOX News and westerns, and spending time with her family. She was also known for making one of the very best pecan pies, EVER!

Jean was preceded in death by her parents, John and Stella, her husband Lee, a daughter Sarah, a sister Rubinelle, and three brothers, Arthur, Lewis, and Marvin.

Jean is survived by her daughter, Frances Manske and husband David of Euless; son, Lee Chumbley and wife Linda of Canadian; daughter, Janis Northcott and husband Kyle of Canadian; grandchildren, Eric and Deona Monroe of Norman, Oklahoma, Britten Chumbley and Jennifer Chumbley, both of Canadian, Richard and Alex Northcott of Fort Worth, and Molly Northcott who studies at Texas Tech University; and three great grandchildren, Braden, Cierra, and Lily. Two more great grandchildren are on the way later in the summer of 2020. Jean is also survived by three sisters and a brother, Patsy, Kenneth, Jerrie, and Virginia.

To order memorial trees or send flowers to the family in memory of Gloria Jean Chumbley, please visit our flower store.