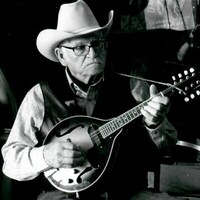 Graveside Services will be Wednesday March 16, 2022 at 10:30 AM, at Edith Ford Memorial Cemetery, with Bo Rankin and Charlie Rankin officiating. Arrangements are under the direction of Carmichael-Whatley Funeral Directors of Canadian.

James attended school in Littlefield, Tx. dropping out his eighth-grade year to help provide a living for their family, working in the cotton fields of the South Plains.  James serviced with the US Army from 1953 until 1956. Years later he drifted north to work with his brother Rudolph on the Chicken Creek north of Pampa. Later on, while working for Marshal Cator on ranches north of the Canadian River in Texas and Oklahoma, he crossed paths with a filly named Wanda Jo White. They married on April 7, 1956, and hung out together for over 65 years, spending most of their married life on the Arthur Webb Ranch west of Canadian (nearly 40 years), then retiring in 1996. James grew up knowing what honesty and hard work was and he carried those characteristics throughout his life, passing that heritage down to his family. Even as recent as his last days in the hospital, he stressed to us the fact that each of us make mistakes in this life, we need only to remember to bow before God asking for forgiveness, and then to move on…he was loved and admired by many family and friends.

He was preceded in death by his parents, 2 sisters JoNell Lynskey & Louise Wuthrich, 4 brothers Paul, Glen, Wayne, & Jay, and most recently his wife Wanda Jo.

He is survived by one brother Rudolph and wife Lynda of Miami, 3 sisters Lilly McCoy and husband Gayle of Spade, Nina Smith of Olton, and Lola Beth Reed of Olton.

To order memorial trees or send flowers to the family in memory of James Allen Rankin, please visit our flower store.