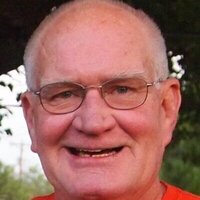 Memorial services are pending. Cremation and arrangements are under the direction of Carmichael-Whatley Funeral Directors of Canadian.

Jerry was born July 28, 1947, in Lamesa. He was the son of Rose Nethery Caudle & Hiram Raeburn Caudle. Jerry was a 1965 graduate of Ruidoso High School and a standout on the Warrior football team, along with his longtime shenanigans partner, Darrel Stierwalt.

He attended New Mexico State University before serving in the United States Army in Turkey as a Nuclear Weapons Maintenance Specialist. As an adult, Jerry worked as a master carpenter in Graham, TX and Ruidoso, NM, teaching the trade to countless others along the way. He could solve unusual roofing situations which baffled other craftsmen and possessed a keen eye for detail. In one notable example, he created and installed a custom eight-layered crown molding for a thrilled client.

Jerry married Dudette Browning in 1971 and together raised their children Jodi Creager, Waylon Scott and Doka Cullender. He married Susan Owens Caudle in 1997 and aggravated her for a good 24 years.

He and Susan retired to Susan’s hometown of Canadian, TX in 2005, where he was fondly welcomed into the community. He became a strong supporter of Wildcats football and cherished the friendships made over the shared love of football and family.

Jerry is survived by his wife, Susan Owens Caudle of Canadian; his children, Jodi Creager and husband Danny of Granbury, Waylon Scott of Graham, Doka Cullender and husband Jay of Austin and Keri Maricle of Saginaw, Michigan; his grandchildren, Becca Fuhrmann and husband Dominic of Hico, Kassie Basham of Graham, Bethany Johnson of Graham and Clark Cullender of Austin. He is also celebrated and missed by several great-grandchildren, extended family, dear friends, beloved pets and the local feral cat population that he kept well-fed. Jerry was preceded in death by his parents and brother, Bobby Wayne Caudle.

Jerry loved to joke, tease and spoil his people. If he liked you, you knew it.

Jerry's family would like to express sincere gratitude to Dr. Cook, the wonderful personnel associated with Hemphill County Hospice, Ron Cook and family, Francis Gaytan, Dixie Cook, Darrel & DJ Stierwalt, the Ford family and all the other caring neighbors who have offered such welcomed support in recent weeks.

In lieu of flowers, donations can be made to CANADIAN SPORTS NETWORK, P.O. Box 2, Canadian, Texas 79014.

To order memorial trees or send flowers to the family in memory of Jerry Lynn Caudle, please visit our flower store.