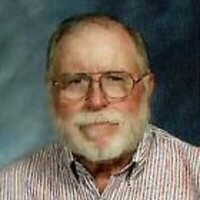 Services will be at a later time.  Cremation arrangements are under the direction of Carmichael-Whatley Funeral Directors of Canadian.

Mike was born June 24, 1939 in Hobbs, New Mexico to Fred Calvin & Edith Myrth Willey Rollins.   Growing up in the automobile business Mike learned the business from his dad.  He graduated with a bachelor’s degree in business administration from Texas Western currently known as University of Texas at El Paso. He moved to Canadian in 1978 and purchased the Chevrolet dealership.  Mike was a customer’s salesman doing all he could for the customer.  Mike married Karen Hall, they had two children, Leslie, and Michael Jr.  He later married Charlotte Greathouse in Seminole on November 28, 1985; they had a son Edgar.  Mike loved restoring antique automobiles. He and Charlotte were members of the First Presbyterian Church in Canadian.  Mike was very community minded and currently served as the Republican County Chair. He was a member of the Horseless Carriage Club in El Paso and the Sooner Regional Horselesss Carriage Club in Oklahoma City; Mike and Charlotte were currently serving on the SRHCC Board.  He was a member of Lion’s Club in Canadian and El Paso.  Mike enjoyed hauling rodeo livestock for Bill Hext.  Being a pilot Mike loved to fly his own plane.  He enjoyed being a part of the Canadian and Higgins communities. Mike loved his family, and he loved his Lord!

Mike was preceded in death by his parents, Fred & Myrth Rollins.

To order memorial trees or send flowers to the family in memory of John Michael Rollins Sr., please visit our flower store.