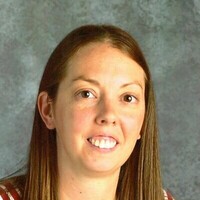 Kelsey Bryan went home to be with Jesus on Friday, January 14, 2022, in Canadian, TX, following a two-year battle with bladder cancer.

Funeral services will be 2:00 PM, Tuesday, January 18, 2022, at the First United Methodist Church of Canadian, with Rev. David Gerhardt, Officiating. Canadian arrangements are under the direction of Carmichael-Whatley Funeral Directors of Canadian.

Family Visitation will be Wednesday, January 19, 2022, at 6:00 to 8:00 pm at Kornerstone Funeral Directors in Plainview.

Funeral Services will be 10:00 am Thursday, January 20, 2022, at the First United Methodist Church in Hale Center with Jimmy Cameron and Jackie King.  Graveside Services will follow in the Hale Center Cemetery.  Hale Center arrangements are under the direction of Kornerstone Funeral Directors.

Kelsey Gaye Bryan was born June 17, 1988, in Hale Center to Larry and Brenda Bryan. She grew up on the family farm with her brother, Travis.  Kelsey loved farm life and animals were her passion.  She loved farrowing season with all the piglets and always wanted to be the first to spot a newborn calf.  Kelsey attended Hale Center ISD from kindergarten to graduation.  She participated in athletics and UIL events.  Kelsey was extremely active in FFA, showing pigs and participating on numerous LDE and CDE teams.  She received her Lone Star Degree in 2005 and her American Degree in 2006.  Kelsey graduated from Hale Center High School in 2006 and enrolled at Tarleton State University that fall.  She graduated from Tarleton State University in 2010, Summa Cum Laude as the Outstanding Ag Science student with a BS in Science and a minor in Biology.  Kelsey went on to earn a Master of Science at Tarleton.  After that, Kelsey completed an internship at Iowa Farms in Iowa Falls, Iowa. Thankfully she came home to Texas in the fall of 2012.  She began working at Texas Agri Life in Amarillo as a lab technician.  In 2018, God called Kelsey into Public Education. She obtained her teaching certificate and began looking for a teaching position. Nothing seemed to be the “right one” until she interviewed at Canadian ISD amidst a Thunderstorm/Tornado Warning.  She came home saying “Canadian is the One”!  Kelsey was called back for a second interview, signed a contract and was so excited.  It was her dream position, a 5th grade Science Teacher.  Kelsey and her two fur babies, Cricket and Katie, moved to Canadian in July 2019.  It quickly became home, and she embraced being a Canadian Wildcat. School started and life was great, but in November of 2019 Kelsey was diagnosed with Bladder Cancer.  So, began the journey of showing the people around her just how strong, determined, and passionate Kelsey really was.  She fought hard to win the battle, determined to teach her kids.  Kelsey never gave up fighting until she drew her last breath.

Kelsey accepted Christ as her Savior as a child. No matter where she lived in her adult life, she always found a church home.  Her faith was the most important part of her life. Even as she struggled with the whys and seemingly unanswered prayers for healing.  She knew God always answers and always has a plan.

Kelsey was preceded in death by her maternal grandfather, John Ford, and her paternal grandparents, JB and Alma Bryan.

Kelsey is survived by her parents, Larry and Brenda Bryan of Hale Center; 1 brother, Travis Bryan and Maidie Reining of Gruver; 2 fur babies, Cricket and Katie, who will be well loved by her parents; grandmother, Jonnie Ford of New Deal; 2 uncles, Tim Ford and wife Dana of New Deal;  Brad Ford of Lubbock; 2 aunts, Abigail Ramford and husband Simon of Lamesa; Janet Black and husband Tom of Sephenville; 3 cousins, Justis & Austin Ramford of Lamesa; Jennifer Barker and family of Sephenville; forever friends, Amanda Chandler-Schupbach and family of Graham and Wendi Snider-Seidel and family of Rogers, AK; and a host of others who love Kelsey.

To order memorial trees or send flowers to the family in memory of Kelsey Gaye Bryan, please visit our flower store.