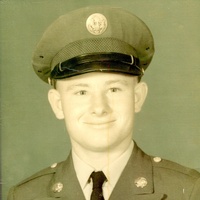 Smiley Chaffin was born January 13, 1949 in Canadian to Harold & Wanda Chaffin. He attended schools in Canadian and attended Abundant Life Assembly of God Church as a young man. Smiley served with the United States Army stationed in Hawaii for three years. Following the service, he returned to Canadian where he worked in the oilfield as a driller operator and in his later years he was a truckdriver. By nature, Smiley was known to be humble, kind and a generous man. He was especially generous with his momma and sisters, when they were younger. Smiley collected knives, loved to fish at the Macias pond and taught many in his family to drive. He loved his kids, grandkids and family; he never needed birthday reminders. Smiley was always smiling and a man of few words.

Memorials may be made in memory of Smiley Chaffin to Canadian-Hemphill County Hospice, 1020 S. 4th St., Canadian, TX 79014.

To order memorial trees or send flowers to the family in memory of L. D. "Smiley" Chaffin, please visit our flower store.