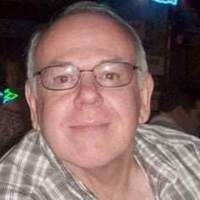 Memorial services will be held 2:00 PM, Saturday, December 5, 2020 at the Abundant Life Assembly of God Church with Pastor Barry Hosford, officiating.  Cremation and arrangements are under the direction of Carmichael-Whatley Funeral Directors of Canadian.

Larry Gene Engle was born June 10, 1952 in Pampa to Harold Sr. and Lula May Engle.  He graduated from Pampa High School in 1971.  Larry met Donna Holdaway on the “drag” in Pampa and became high school sweethearts, and they were married on June 11, 1971.  Larry worked for Ideal Food Stores for fifteen years starting as a stock boy working his way to store manager.  He worked for Walmart for eleven years.  In 1995, Larry & Donna moved to Canadian opening the Alco Discount Store.  The Canadian store opened on April 19, 1995, and he loved the store, his employees, and all the customers he met and served over the next twenty years.  Larry made many friendships during his time at Alco.  When the store closed, he moved next door to Lowe's Market and continue to serve the community until his retirement on June 30, 2017.  Larry and Donna are beloved members of the Abundant Life Assembly of God Church family. They were also active volunteers at the Edward Abraham Memorial Home.

Larry was preceded in death by his parents, a brother, Lin Engle, and his in-laws, Mr. & Mrs. John Holdaway.

With the current COVID-19 concerns, masks are requested when attending the service.

To order memorial trees or send flowers to the family in memory of Larry Gene Engle, please visit our flower store.