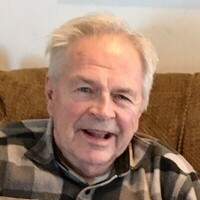 Mike was born April 7, 1948, in St. Paul, MN., he was the first child to Robert and Corinne Wright.  He attended St. Marks Grade School and Central High School in St. Paul.  Mike and Mary Schmid united in marriage on September 13, 1968. After several adventuresome years, they settled in Buffalo, Minnesota.  There he and Mary welcomed eight children to their family, and Mike started Wright Energy Company. In 1991, the family made the big move to Crested Butte, CO. There, they enjoyed mountain life, and Mike launched Easycart.com.  Mike was a life-long musician and songwriter and known for his passion, convictions, creativity, and marching to the beat of his own drum. After a stroke in 2017, Mike became a quieter man which was perfectly suited to his peaceful last years in Lipscomb with Mary and the family of his youngest son John. Mike died deeply proud of his children and grandchildren.

Mike was preceded in death by his parents and a sister, Cindy Collett.

To order memorial trees or send flowers to the family in memory of Michael Robert Wright, please visit our flower store.