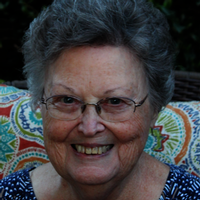 Memorial graveside service will be 2:00 pm, Saturday, March 16, 2019 at Fairview Cemetery in Pampa with Rev. Lewis Holland, officiating. Arrangements are under the direction of Carmichael-Whatley Funeral Directors of Canadian.

Nancy T. Coley Wilson was born January 23, 1938 in Graham to Robert and Senie Coley. Nancy was a proud member of the Pampa High School class of 1956. She attended McMurry College, West Texas State University, graduating with a Bachelor of Science degree in Education, and Southwestern Oklahoma State University where she received a Master’s degree in Library Science. Nancy began her teaching career in Pampa in 1967, teaching fifth grade. In 1973, Nancy began teaching in Canadian where she taught at Baker Elementary and Canadian Middle School. She was also librarian at Baker and CMS.

She was a talented musician and often played the piano and organ for school and church activities. Nancy was an avid bridge player and belonged to several bridge clubs, enjoyed gardening, bird watching, genealogy and loved her little dogs. Nancy was very community-minded, serving on the Canadian city council and the Edward Abraham Memorial Home board. She was a lifelong Methodist and a member of the First United Methodist Church in Canadian. Nancy’s DAR involvement was very important to her. She was known to be very spirited and enjoyed lively debates.

Nancy was also preceded in death by her parents and brother, Jerry Coley.

In lieu of flowers the family request that memorials may be made to your favorite local charity.

To order memorial trees or send flowers to the family in memory of Nancy T. Wilson, please visit our flower store.