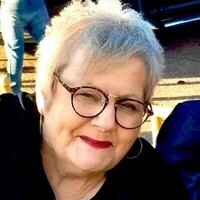 Graveside services will be 2:00 PM, Wednesday, January 19, 2022, at the Edith Ford Memorial Cemetery in Canadian, with Pastor Barry Hosford, officiating.  Arrangements are under the direction of Carmichael-Whatley Funeral Directors of Canadian.

The Patton family will receive visitors Tuesday, January 18, 2022, from 6:00 to 7:00 PM at Carmichael-Whatley Funeral Directors of Canadian.

Norma Jean Allen was born to Comer and Amber Allen in Kermit Texas in 1945.  She attended schools in Snyder, where she graduated early at 17 years old, with a desire to purse nursing.  She attended Hardin Simmons University where she obtained her Registered Nursing diploma.  Norma returned to Snyder to begin her nursing career; her first career move was to serve as Director of Nursing at Lynn County Hospital in Tahoka.  While working in Tahoka, on February 1, 1974, Norma met the love of her life Troy Patton,  and they were later married on August 31, 1974, sharing life together for 47 years.  Norma had an incredible passion for nursing and caring for people.  During her career she worked as a floor nurse, a charge nurse, Director of Nurses, Home Health nurse, Canadian ISD nurse, and RN Consultant for Edward Abraham Memorial Home.  As Head Nurse she covered obstetrics, OR, Emergency Room, and ambulance services.  Norma was known for her excellent caring bedside manner.  A Doctor was quoted as saying, “Norma was a most brilliant nurse”.  The Patton family moved to Canadian in 1978 and both Norma and Troy were enthusiastic supporters of their children’s activities and sports in the Canadian schools and in the community.  Norma loved the “Wildcats” and attended as many football games each year as she could, and always listened on the radio to hear the games when she couldn’t be there. She was an avid reader and woman of faith.  She was dedicated to her family and devoted herself to caring for her children and her mother in her later years.

Norma was preceded in death by her parents, Comer & Amber Allen.

To order memorial trees or send flowers to the family in memory of Norma Jean Allen Patton, please visit our flower store.