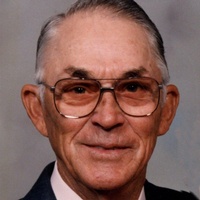 Graveside service will be 2:00 pm, Saturday, January 12, 2019 at the Higgins Cemetery with Daryle Perry of Trinity Fellowship of Sayre, Oklahoma, officiating.  Services are under the direction of Carmichael-Whatley Funeral Directors of Canadian.

Orville Marvin Langkeit was born in Foss, Oklahoma on May 5, 1923 to Willie Langkeit and Mary Jaworsky Langkeit.  He had two sisters and one brother.  Orville married Ruth Helen Sights on February 27, 1943 in Stafford, Oklahoma; they were marred nearly seventy-five years.  She preceded him in death on December 28, 2013.  They had one daughter, Terry.  The Langkeit’s moved to Texas in 1948 to work on the Big Bull Ranch.  Sometime in the 1950’s he went to work on the Oasis Ranch for F.C. McQuiddy.  Following Mr. McQuiddy’s passing, Orville went to work on the F.H. “Butch” McQuiddy Ranch where he worked for thirty-five years.  Upon retirement the Langkeits moved to Higgins.  In 2014 Orville broke his hip and moved to the Edward Abraham Home.

Survivors include his daughter, Terry South of Glazier; and a brother, Billy Ray Langkeit of Oklahoma City, Oklahoma.

Memorials may be made to a favorite charity.

To order memorial trees or send flowers to the family in memory of Orville Langkeit, please visit our flower store.