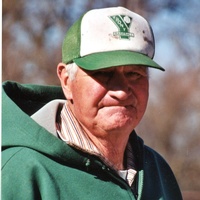 Funeral Services will be 10:00 AM Tuesday, April 3, 2018 in the Lipscomb School in Lipscomb, Texas on.  Burial will follow at the Lipscomb Cemetery, under the direction of Carmichael-Whatley Funeral Directors of Canadian.

Ray attended West Texas State and lettered for the men's basketball team from 1953-1956.  He was inducted into the 2013 Athletic WTAMU Hall of Champions and still holds game and career records. Ray graduated with a Bachelor of Science from West Texas State and a Masters from Texas A&M. In 1957, following graduation he entered the military through the ROTC.

Ray served in the Army from 1957–1959. When discharged they moved to Lipscomb. Ray worked for the Soil Conservation Service from 1959–1961 when he went to work for the Texas Extension Service.

He served Lipscomb County for almost 28 years, retiring in 1989. As a County Agent he oversaw agricultural programs and sponsored outstanding 4-H programs, such as Camps, Riding Club and Texas A&M State Roundup. In 1981 Ray started farming and ranching with Son, Devin and wife Becky. He loved ranching and working in his shop doing wood work and other creative hobbies.

Ray was preceded in death by Parents, Harley & Ruby Burrus; a brother, Dennis Burrus; a granddaughter, Leisha Burrus and a Sister-in-Law, Carolyne Brandon.

To order memorial trees or send flowers to the family in memory of Ray Burrus, please visit our flower store.