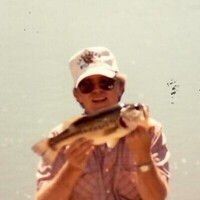 No services are planned at this time.  Arrangements and cremation are under the direction of Carmichael-Whatley Funeral Directors of Canadian.

Robert Frank Goodwin, also known as Bobby, Bobby Frank, Brother Bob, Daddy, Grandpa, but mostly just Bob.  He left us way too soon Monday August 9, 2021.  Bob was the 2nd born child of Tom and Frankie Goodwin.  He was born in Canadian and joined the US Army after graduation in 1968.  Bob enjoyed his time in Canadian, but especially his time in high school.  He worked in the oilfield most of his adult life, getting his start with John Whitsitt.

Bob and Sharron joined their families in 1977.  They met while Bob was coaching the boys in little league.  Bob enjoyed hunting and being with his family at gatherings.  The time he spent at Lake Texhoma, where some of his best memories were made.

Bob was preceded in death by his parents, grandparents, and two nephews.

To order memorial trees or send flowers to the family in memory of Robert Frank Goodwin, please visit our flower store.